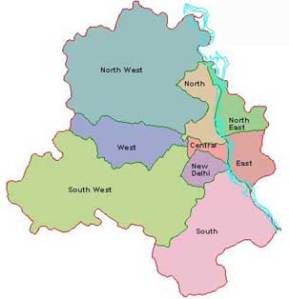 If we were to count the cities that have had the most impact on the lives of the people all over the world-DELHI would be the one coming among st the top of the charts. Home to nearly 18 million people today Delhi’s diversity is nowhere to be seen, not even in India or as they say Incredible India.

BAHADUR SHAH ZAFAR-THE LAST MUGHAL
From being the capital of Mughals, Sikhs, Englishmen and then of the world’s largest democracy, Delhi has come a long way. It has seen the pinnacle of prosperity as well as the nadir of sabotages.
Changing their capital to Agra or Calcutta, the rulers of the past have paid in a myriad ways, by neglecting the benefits that Delhi offers. It was, and is the only place where marvels of religious harmony, such as a mosque, temple and a gurudwara exist on the same soil. Such parallelism is hard to find anywhere in this world. Where people are killing each other in the name of religion, sub castes, such cities are extinct. Although Delhi has also seen some of its son’s blood spill over the same reasons, it has remained peaceful compared to any other city in the world. The fact that Delhi has proportions of all the homo sapiens found on this planet only proves the same. 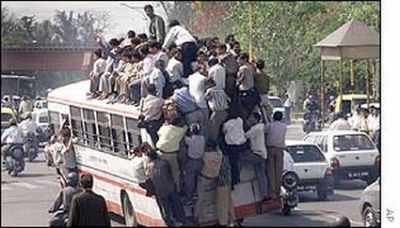 Delhi has changed a lot in the past 2 decades. Killer blue lines to black smoke clogged air are now the legacies of the past (although bitter).

Now a green fleet of buses ply over its roads and metro has come as a Silver Lining. 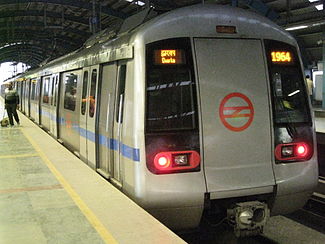 The standard of living of the city has soared up and Delhiites now spend and earn many times compared to any other demesne around the commonwealth. But everything comes with a price. The generation of the migrated Indians(specially Punjabis), who came from Pakistan in 1947, who constitute a large chunk of Delhi’s elite class, are now finding their third progenies becoming spendthrifts, because of the large wealth they have accumulated, whereas the middle class of the nineties has made its children adroit and hard working, also by the ambiance they saw in their childhood, to become Engineers and Doctors who will define the course of this nation for the next 50 years or so. The sonnies of Delhi are no less than any celebrity and continue to inspire the ones in the suburbs imitate them, to go in the gallows of illiteracy, drug addiction, tipplers, and the list goes on.
It is very easy to open an Engineering College in Delhi, and more so in the bordering states. Actually it’s a vogue in India to start engineering colleges. Approximately 0.8 million engineers will graduate from India in 2013 and no one knows who’s going to absorb them all including me. Coming to Delhi, here the engineering colleges are of distinct nature in contrast to rest of the nation. Having a 8 room house with a facility to keep computers is enough to start an engineering college. But there are ones similar to the above giving tough stage to the big names.
Likening the engineering colleges, the number of schools is nominal, at least on paper, if not in reality. So the parents have to pay hefty sums to get their wards (as schools call them) to schools. Some law has been passed but it’s the same as was always.
After doing much ado about nothing, lets talk business.
Delhi’s the biggest economical hub after Mumbai. Still, the influx of the countrymen from UP and Bihar show, that it has surpassed the city on the beaches of Arabian Sea. Traders in Delhi vary from the conventional ones, occupying the filth drenched narrow alleys of Old Delhi, to the ones trading for a ride on a Chinese Rickshaw. Actually the latter ones have grown into a humongous cartel whose invisible lives run the life of Delhi, from metro to home or vice versa or elsewhere. But they are a very important component.
Also these days the MNCs are becoming the lending hands of unemployed youth, especially the BPO industry, although recent trends show Obama wants to curtail this sector. Good luck to my friends from this industry. Then there are accountants, Engineers, Government Class XYZ, and the private ones known as Entrepreneurs.
Surely the city will fascinate the generations to come.